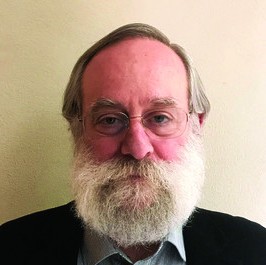 Alan Schrift’s teaching and scholarship focuses on 19th- and 20th-century French and German philosophy.  In addition to over 80 published articles or book chapters on Nietzsche and 20th-century European philosophy, he is the author of Twentieth-Century French Philosophy: Key Themes and Thinkers (Blackwell 2006), Nietzsche’s French Legacy: A Genealogy of Poststructuralism (Routledge 1995), and Nietzsche and the Question of Interpretation:  Between Hermeneutics and Deconstruction (Routledge 1990). Most recently, he was General Editor of the eight-volume History of Continental Philosophy (Acumen Publishing/University of Chicago Press 2010), which was awarded Honorable Mention in the category of multivolume reference in the 2010 American Publishers Awards for Professional and Scholarly Excellence.  In 2014, he was elected to a three-year term on the Executive Committee of the Society for Phenomenology and Existential Philosophy (SPEP), the world’s largest scholarly organization focusing on European philosophy.  He currently serves as General Editor of The Complete Works of Friedrich Nietzsche, the Stanford University Press translation of Nietzsche’s Kritische Studienausgabe, and is working on a volume of selected writings of Jean Wahl, to be published by Fordham University Press.