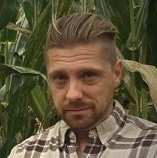 Dr. Anthony K. Jensen is tenured Full Professor of Philosophy at Providence College. Since receiving his doctorate from Emory University (2006), he has held appointments at Xavier University (2006-9) and the City University of New York (2009-12), where he received the Lehman College Faculty Research award in 2010. He has held visiting research positions at the Alexander von Humboldt Universität of Berlin (2010-12), the Radboud Universiteit in Nijmegen (2012), and the directorship of the Providence College Rome Program (2017-18). He has received fellowships from the Alexander von Humboldt Stiftung, the National Endowment of the Humanities, the Klassik Stiftung Weimar, the Fox Center for Humanistic Inquiry, and the Fulbright Foundation. Jensen was awarded the Providence College Outstanding Faculty Scholar Prize in 2020.

Jensen is a specialist in Late Modern Philosophy, with thematic focuses in Philosophy of History, Philosophy of Psychology, and Epistemology. He serves on the Editorial Boards of Nietzsche-Studien, on Walter de Gruyter’s Nietzsche scholarship book series, and was Associate Editor of The Journal of Nietzsche Studies from 2009-2017. He has published three books: An Interpretation of Nietzsche’s “On the Uses and Disadvantage of History for Life” (Routledge, 2016); Nietzsche’s Philosophy of History (Cambridge University Press, 2013) and, with Helmut Heit, Nietzsche as a Scholar of Antiquity (Bloomsbury, 2014). He has written more than sixty articles, chapters, translations, reviews, and encyclopedia articles, and has presented more than seventy lectures around the globe. His work has been translated into French, Italian, German, and Chinese. Forthcoming projects include Will: A German Idea (in progress) and, with Carlotta Santini, The Re-Encountered Shadow: Nietzsche on Memory and History (DeGruyter, 2020). External to his philosophical interests, he researches the History of Modern Germany, the History of Classical Philology, Early Antiquity, and Romanticism.

Jensen, A. (2016) An Interpretation of Nietzsche’s “On the Uses and Disadvantage of History for Life”. Routledge

Jensen, A. Heit, H. (2014) Nietzsche as a Scholar of Antiquity. Bloomsbury