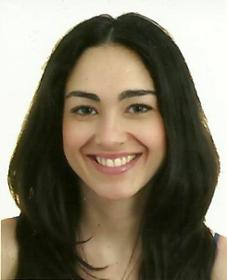 nmaculada Hoyos Sánchez obtained her PhD in Philosophy at the University of Grenade (2011), with a dissertation in which she examined the naturalism and the theory of passions in Spinoza’s thought. She has published numerous articles in Spanish and Italian journals, and participated in many international conferences and seminaries. She has been a member of different collaborative research projects, which have dealt with the idea of philosophy as social therapy, the challenges of nihilism, and the role of reason and passions in the conflict of values.

The main purpose of her doctoral research was to explore the connections between ontology and ethics in Spinoza’s philosophy through two main concepts: passion and naturalism. Passions are part of our limited and vulnerable human nature, and therefore modes of being. Without passions there would be neither human value nor happiness. These naturalist theses could also be admitted in different grades by the stoic thinkers.

Her current postdoctoral research departs from the hypothesis that there exists a direct and proportional relationship between the evolution of stoicism and the grade to which different stoics are willing to accept these theses; that is, as the stoic currents of thought evolve, they tend to admit the dual ontological and ethical dimension of the passions. In more detail, her research analyzes the development of the cognitive-evaluative theory, from the ancient stoicism (Chrysippus) to the late stoics (Seneca). It also seeks to unveil the link between this late elaboration of the notion of passion as a cognitive evaluation and the concept of passion characteristic of Spinoza’s philosophy.